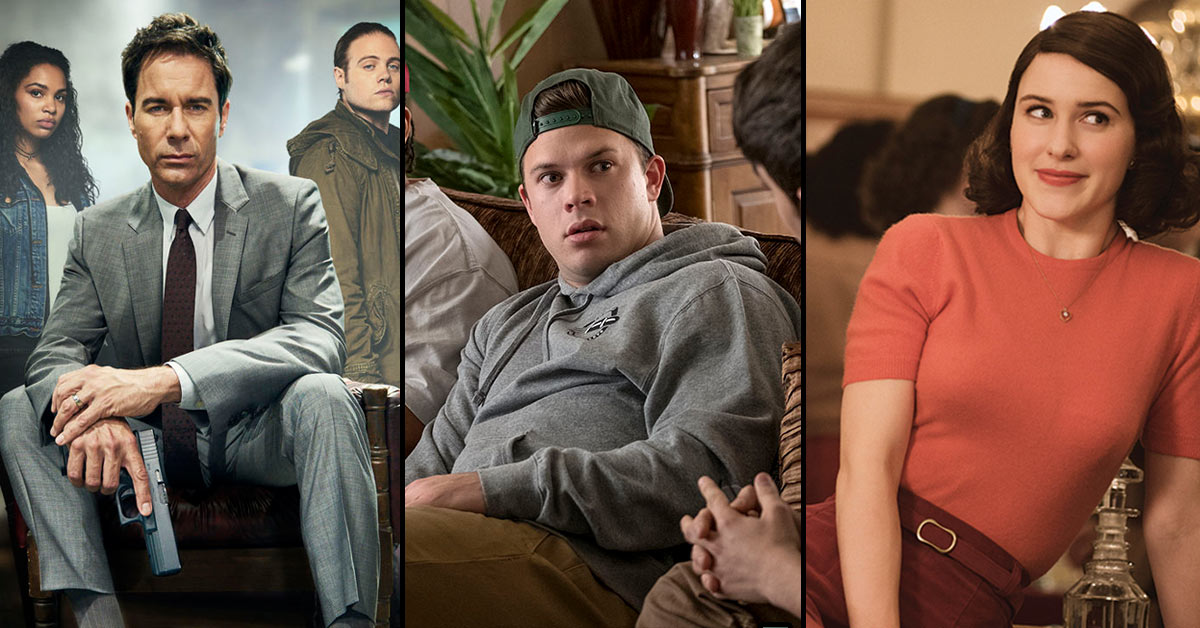 With the acquisition of your incredible 4K TV through Black Friday or Boxing Day sales, it’s time to find awesome high definition shows and movies to watch. With your TV boasting four times as many pixels as the previous high definition technology, you will see an exceptional level of detail on the screen, especially on 50″ or larger models.

The ultra-clear picture will allow you to experience movies and shows in a whole new way. You will surely marvel at the details on the screen, even during slow, dialogue-heavy moments. You just have to find which shows will offer you the best experience possible while enjoying your new 4K ultra-high definition TV.

Thankfully, with thousands of options across both the Netflix and Amazon Prime Video platforms, you are sure to find the perfect shows and movies to enjoy. With a couple clicks of a button, you can bring up the app platform, browse through the options and select your show or movie. At that point, all that is left to do is watch them on your own or show off your new TV to family, friend and neighbours. Here are a few ideas to get you started as you search for the perfect movies and shows on Netflix and Amazon Video.

Comedians In Cars Getting Coffee: Season 5

Jerry Seinfeld is back with the 5th season of Comedians in Cars Getting Coffee. If you haven’t seen it before, the show is exactly as the title describes. Jerry jumps in a classic car and takes some of the funniest people on the planet out for coffee. Season 5 features comedy heavyweights Dave Chappelle, Ellen DeGeneres, Zack Galifianakis among others. If you love cars or comedy, give this one a watch.

Troy: Fall Of A City

Now available in 4K on Netflix Canada, Troy: Fall of a city is drama from BBC one chronicling the fall of the iconic city of Troy. Billed as “An epic story of love and war, intrigue and betrayal. When Helen and Paris fall in love, they trigger a chain of events that threatens their families and the city of Troy.” This show is sure to scratch your Game of Thrones itch while you wait until 2019 for the final season.

It sounds like a classic Romantic Comedy premise, two assistants decide to set their bosses up, and in the process come to think they may be right for each other as well. Starring Zoey Deutch, Glen Powell, Lucy Liu, Taye Diggs, and the always hilarious Tituss Burgess this may be a great choice for date night.

He said he would be back! Newly remastered, Terminator 2 is now available for streaming in 4K! T2, the story of killer robots being sent back in time further propelled Arnold Schwarzenegger to stardom. The visual effects still hold up quite well despite the original movie being released 27 years ago! Be sure to check out this remastered classic.

In Bright (2017), written by Max Landis, human and orc cops partner up to battle for a powerful weapon the whole world wants their hands on. This fantasy story explores the battle between orcs, elves and humans with action-packed scenes and comedic moments sprinkled throughout.

A breakout hit in 2017, American Vandal is a crude and clever satire on true crime shows. If you followed the “Making a murderer” series, or the Serial podcast, you will appreciate the level of detail American Vandal achieves. What starts the show is a vulgar teenage vandalism prank, and what follows is an intense investigation as to whether the accused is truly guilty or is he himself a victim to his own reputation. It may sound like a silly premise, but I guarantee you will be hooked into this binge worthy show.

Bob Odenkirk shines as Jimmy McGill in this prequel to the AMC hit Breaking Bad. Learn the backstory in how small-time lawyer becomes the infamous Saul Goodman. The writing and acting in Better Call Saul are phenomenal, rivalling that of its predecessor. If you were a fan of Breaking Bad, or are looking for a great drama to watch, do yourself a favour and give yourself the better part of an evening to watch this show, as I guarantee you won’t be able to stop watching after just 1 episode.

Travelers has been gaining in popularity throughout 2017 and is sure to be a breakout hit in 2018. In the far future, humanity is doomed. To save our species, people developed the ability to send people back in time by inhabiting the bodies of people who are about to die. Not only does this group have to take action to save the world, but they also inherit the friends, families, and spouses of those who they inhabit. Starring Eric McCormack (Will from Will & Grace), Travelers is a well written and well acted original Sci-Fi series worth watching.

If you loved the movie ‘IT’ this past fall, then the new Netflix Original ‘Dark’ is for you. It doesn’t feature a killer clown (well, not yet at least) but it does revolve around exploring an extremely creepy town once two children go missing. It’s been commended for creating an incredible atmosphere (which looks amazing in 4K we should add!), and currently has a high 83% rating on Rotten Tomatoes. Halloween may be months away, but Dark is perfect for the Horror lovers out there. Be warned though, this may be one you don’t want to watch alone.

In this series by David Broome and Sylvester Stallone, eighteen modern gladiators hit the obstacle course for each round to work their way to the top and become the Ultimate Beastmaster (2017). Two hosts from each of the six countries represented lighten the mood and add drama with their ongoing commentary.

In six parts, the mini-series, Wormwood (2017) by Errol Morris, explores a man’s search for the reason behind his father’s untimely and very suspicious death. The search takes viewers through a violent tale about top-secret government experiments and their repercussions.

Manchester by the Sea

In Manchester by the Sea (2016) by Kenneth Lonergan, Lee learns that he is the legal guardian of his nephew, Patrick, while grieving about the loss of his brother. The story explores the ups and downs of caring for his nephew during such already turbulent times.

Director David Fincher’s film, Zodiac (2007), explores a cartoonist’s pursuit of the Zodiac Killer during the 1960s and 1970s. In addition to documenting the pursuit, this historical crime drama looks at the impact of this unsolved case on the lives of everyone involved.

In The Grand Tour (2016), Jeremy Clarkson, Richard Hammond and James May head out on their newest automotive-fueled adventures in various locales across the globe. Fantastic locations and high-performance vehicles are highlighted as the cameras follow this compelling trio on their journeys.

The Tick (2017) by Ben Edlund follows this incredibly strange, yet captivating, blue superhero and his unlikely partner. This duo treats viewers to an action-packed adventure full of laughs as they work to undercover the supervillain who has the region under his control.

Set in the 1950s, The Marvelous Mrs. Maisel (2017) by Amy Sherman-Palladino brings the era back to life while following an aspiring comedian hoping to break away from her housewife duties. As the story unfolds, viewers share the frustrations and celebrations enjoyed along Mrs. Maisel’s journey to center stage.

The Man In The High Castle

The chilling series, The Man in The High Castle (2015) by Frank Spotnitz, flips history around to explore what it would be like if the Nazis had won WWII. With the US under control of Japan and Germany, citizens struggle to make the best of their bleak existence.

With these movies and shows on your watchlist, you will surely delight in the exceptional performance of your 4K TV. Don’t fall in a rut and just binge on flashy action flicks – Remember to experience the full range of movie and TV show genres to enjoy everything your new TV has to offer.

Don’t Have A 4K TV Yet? Visit your nearest Audio Video Unlimited to see the 4K difference in person!